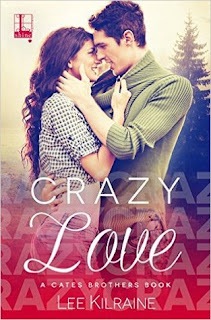 Tynan Cates's military days are over. He's home among family, friends, and his three-legged rescue dog in Climax, North Carolina--but his new employee is stirring up feelings he thought he'd left behind . . .
Pint-size Lulubelle Swan is not Ty's--or anyone's--idea of a construction worker. But she's so eager to join his crew for the Climax library renovation that he gives her a shot . . . and she totally lives down to his expectations. Aside from her fear of ladders, she's a hazard every time she picks up a hammer. He'd toss her out on her tight little tush, but he gets the feeling she needs the job--or at least, needs something . . .

Lu's trying her hardest, but she's no handywoman. She's sought out Ty because he served in Afghanistan with the man she loved--and nearly three years after losing Joe, she still can't move on. Hiding her true intentions, she spends hours with Ty, trying to get him to talk about the past--and in the process, learn how to face the future on her own. But when her quest for closure gets complicated, she may have to open her heart in unexpected ways . .

I received an advanced copy of this book from the publisher via Netgalley in exchange for an honest review.  The expected publication date is October 25th, 2016.  Thank you!

This is the third in the Cates brother series.  I had read the first one to mixed reviews however I am glad that it did not stop me from reading this one as I enjoyed it so much better.  I have not read the second story so I cannot comment on it.

I am going to go to my favorite part of the story right away.  I just loved the banter between Tynan and Lu.  It had me laughing throughout the story and set the tone for the chemistry between the two.  When Lu sent the cake out to Tynan, I nearly lost it.  Genius move!  You will need to read the story to get the context.  Also the way Lu kept injuring all of the men on the construction site and they never complained, again funny.

I found the back story that brought these two together well developed, and mostly believable.  I say mostly because after all this is fiction so reality is stretched a little bit.  I'm pretty sure Lu would not get a job on Tynan's construction site in real life.

I find myself starting to enjoy the two and its people after two stories and wanting to go back and read the second story now.  This one really entertained me. 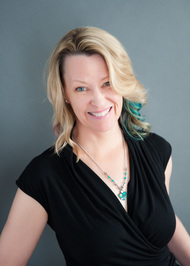 Lee Kilraine is a 2014 Golden Heart® Finalist for her debut contemporary romance, BRINGING DELANEY HOME, the first book in her Cates Brothers Series. If you enjoy Quinn’s story, she hopes you’ll be on the lookout for his brothers, Sijan and Tynan. She loves reading and writing stories with a HEA and if they make her laugh...well, that's perfect.

Lee lives in the pine woods of North Carolina. When she isn't typing away on her computer with her golden retriever, Harley, destroying something at her feet, you might find her on her front porch swing plotting her next book while guarding her garden from the local gang of deer. She has a weakness for dogs, bacon cheeseburgers, red wine and Alpha heroes.