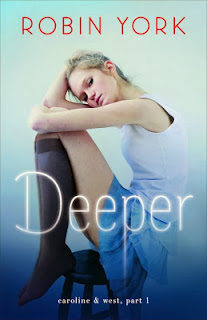 When Caroline Piasecki’s ex-boyfriend posts their sex pictures on the Internet, it destroys her reputation as a nice college girl. Suddenly her once-promising future doesn’t look so bright. Caroline tries to make the pictures disappear, hoping time will bury her shame. Then a guy she barely knows rises to her defense and punches her ex to the ground.

West Leavitt is the last person Caroline needs in her life. Everyone knows he’s shady. Still, Caroline is drawn to his confidence and swagger—even after promising her dad she’ll keep her distance. On late, sleepless nights, Caroline starts wandering into the bakery where West works.

They hang out, they talk, they listen. Though Caroline and West tell each other they’re “just friends,” their feelings intensify until it becomes impossible to pretend. The more complicated her relationship with West gets, the harder Caroline has to struggle to discover what she wants for herself—and the easier it becomes to find the courage she needs to fight back against the people who would judge her.

When all seems lost, sometimes the only place to go is deeper.

* I received an ARC from Random House Publishing Group- Bantam Dell via Edelweiss in exchange for an honest review.*

I would classify the new adult genre as part of my guilty pleasure reading. Even though I am long past that age I can remember what it was like and I can still relate. Let me just say that Deeper blew me away. I was hooked from the first page. I laughed, I cried, I cursed and neglected pretty much everything while I finished it. Most importantly I cheered that York could take on a subject so serious and relevant, combine it with some truly unique and interesting characters, and end up with a book that was so engaging and emotional.

I loved the chemistry between Caroline and West and how it evolved from friendship into so much more. Their connection felt more real and powerful because of it. Although it killed me that they were denying their feelings for each other it was worth it when they finally gave in. Lets just say that the heat definitely turned up a few notches.

Deeper is told from the point of view of both Caroline and West. You were able to fully understand where both of them were coming from. You get a clear understanding of why West thinks and feels the way he does and although he does some bad things you can sympathise and still like him. I loved the fact that he cares and worries so deeply for his little sister and would do anything for her.

I think what I liked best was the fact that York took such a relevant topic with the sexual internet pictures and weaved it so flawlessly into a great story. You hear about things like this happening in the news all the time and the warnings to young people about what they post on line. Young people are committing suicide every day over the bullying and taunting they receive because of things that are posted on the internet. Caroline's growth was wonderful to read, starting from victim to survivor to fighter. York did a fabulous job of making the reader understand her struggles, regrets and worries. Although this book is ultimately a love story with a fair amount of sexual content, I think young people would really benefit from reading it so they get a better understanding of what can happen when you don't use your better judgement.

I hated the ending...it was so sad! I'm not sure if I can wait for the next book to find out how Caroline and West's story unfolds and what is in store for them. Don't get me wrong, the ending was actually quite beautiful in a sad, pass the tissue, this can't be happening kind of way but it was hopefully far from finished as far as I'm concerned. I want the next book now!

This was the first book by Robin York for me and I loved it. I can't wait to read more! 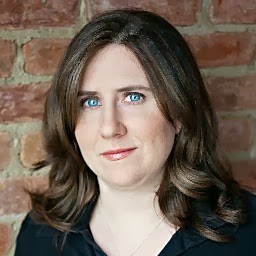 Robin York grew up at a college, went to college, signed on for some more college, and then married a university professor. She still isn’t sure why it didn’t occur to her to write New Adult sooner. Writing as Ruthie Knox, she is a USA TODAY bestselling author of contemporary romance, including RITA-finalists About Last Night and Room at the Inn. She moonlights as a mother, makes killer salted caramels, and sorts out thorny plot problems while running, hiking, or riding her bike.
Website-http://www.robinyork.com
Twitter-robinyorkna