Review: The Pearl That Broke Its Shell by Nadia Hashimi

Afghan-American Nadia Hashimi's literary debut novel, The Pearl that Broke Its Shell, is a searing tale of powerlessness, fate, and the freedom to control one's own fate that combines the cultural flavor and emotional resonance of the works of Khaled Hosseini, Jhumpa Lahiri, and Lisa See

In Kabul, 2007, with a drug-addicted father and no brothers, Rahima and her sisters can only sporadically attend school, and can rarely leave the house. Their only hope lies in the ancient custom of bacha posh, which allows young Rahima to dress and be treated as a boy until she is of marriageable age. As a son, she can attend school, go to the market, and chaperone her older sisters.

But Rahima is not the first in her family to adopt this unusual custom. A century earlier, her great-aunt, Shekiba, left orphaned by an epidemic, saved herself and built a new life the same way.

Crisscrossing in time, The Pearl the Broke Its Shell interweaves the tales of these two women separated by a century who share similar destinies. But what will happen once Rahima is of marriageable age? Will Shekiba always live as a man? And if Rahima cannot adapt to life as a bride, how will she survive?

I received an advanced copy of this book from the publisher William Morrow via Edelweiss in exchange for an honest review.  The expected publication date is May 6 2014.

It is not too often that a book will render me speechless.  Many times I may find the wrong words but never speechless.  This book has done that to me.  I don't know where to start!  To top it off, this is Hashimi's debut novel?  You have to be kidding me!  She really nailed it her first time out of the gate.

This story was haunting, tragic and infuriating all in one shot.  Hashimi weaves a tail of two different women years apart who suffered from the oppression experienced towards woman in Afghanistan.  Many times I had to remind myself that this was just a story however sadly I feel that the way these woman were treated is not purely fiction.  I will be honest and say I do not know a whole lot about Afghanistan aside from the current events of the last years and I know nothing of their culture.  This story did not shed a positive light on that.

To think that there are woman out there that have to endure what Rahima and Shekiba went through is the part that angered me.  To know that this occurs while I am living the life of luxury also humbled me and made me thankful for what I have.  This story opened my eyes to some of the "ugly" things out there in the world.  To think that you have no real value because you are a daughter instead of a son.  In my reality that would have made my father a failure as he had three daughters - who have all gone on to successful and fulfilling endeavours I might add.

In my opinion the mark of a truly great read has two criteria.  The first is it evokes emotion and the second is that it makes me think.  This did just that.  I was sad and angry throughout this read.  More importantly is the thoughts that it put in my head.  The majority of this review has been made up of my reaction to the story and less about the plot.  That my friends means this is a winner.

This was an emotional and moving read (I would say poignant however I never use the most overused word in the literary review world).  I would recommend this book to anyone who wants a serious yet entertaining read.  This is not for the light hearted however you are rewarded ten times over.  I still cannot believe this is Hashimi's first novel.  I wish a had a quarter of her talent.  I truly hope she releases more work in her future. 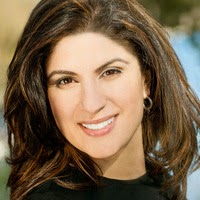