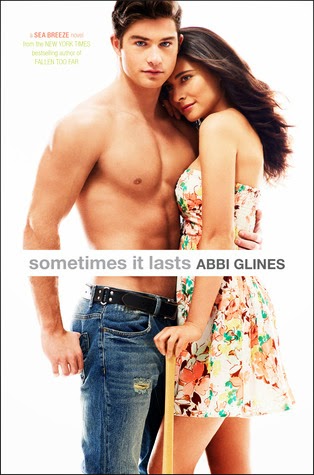 Cage York has to choose between a love of the game and a love of the girl in this sultry Sea Breeze novel from New York Times bestselling author Abbi Glines.

After waiting for his big break, bad boy Cage York is finally called up to prove his worth in the college baseball arena. But when Cage’s girlfriend, Eva, mourns the sudden loss of her father, it’s not Cage’s comforting arms she runs to, but those of her former fiancé’s twin brother, Jeremy.

Torn between his baseball dream and the girl of his dreams, Cage must prove he’s worthy of Eva’s love, or risk losing her to Jeremy forever.

Paperback, 288 pages
Expected publication: June 3rd 2014 by Simon Pulse
Terri's Thoughts
I received an advanced copy of this book from the publisher Simon Pulse via Edelweiss in exchange for an honest review.  The expected release date is June 3, 2014 however this appears to be a re-release and was previously released in 2013.
This is book 5 in the Sea Breeze series and I did not realise and have not read the previous books.  I was able to follow along without this background and the book can be read as a standalone however I believe there would have been added value if I had read the first four.  There is a back story of how Cage and Eva that occurred in an earlier instalment (I researched after the fact) that had me curious as I worked my way through this.  There are also several supporting characters with backstories that I would have known if I had read the others.  That aside, as mentioned, I was still able to enjoy this book without it.
Let me warn you that there are some hot and heavy scenes in this story.  Those that appreciate that in there stories will not be left disappointed.  The chemistry between Cage and Eva is scorching.  Although there is an emotional connection as well it is definitely the physical chemistry that stands out.  Again to my first comment it made me want to find out how they got to the point where the story begins.
This story was predictable and there was no real point where I was left surprised with anything however that is not the point.  The point is to escape reality with some super hot characters and just enjoy the ride.  I have not read any of Gline's work before although I have heard of her however I did enjoy her writing and the story.  I do not know how she can manage to have so many hot characters in one small (albeit fictional) geographic area however I will take it.  We all need an escape from reality and I will be checking out the rest of this series and perhaps make a request.  If there are more stories in this series I really hope one will be Jeremy's story. 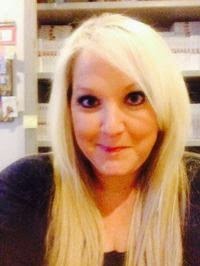 Since publishing her first novel Breathe in May of 2011, Abbi has also released The New York Times bestselling Seabreeze Series which includes Breathe, Because of Low, While It Lasts, Just For Now and Sometimes It Last, The Existence Trilogy that includes the USA Today Bestseller Ceaseless. New York Times and USA TODAY bestsellers The Vincent Boys and The Vincent Brothers. Last but not least her most popular series to date, Rosemary Beach which includes The New York Times and Wall Street Journal bestsellers Fallen Too Far, Never Too Far, Forever Too Far, Twisted Perfection and Simple Perfection. Her newest book scheduled to be released on December 17th, 2013 is Misbehaving (Seabreeze).

When Abbi isn’t locked away in her office typing away she is hauling her kids to and from their many social activities. You could say her second job is the Glines Kids personal chauffeur. It’s a rather illustrious job.