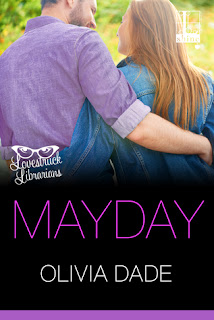 Helen Murphy loves her supportive family, her close-knit circle of friends, and her part-time job at the library. What she doesn't love: the fact that she's a thirty-six-year-old near-virgin who lives in her parents' house. Eager to move out and reclaim her independence at long last, she's determined to get the library's new Community Outreach Coordinator position. Even if that means working side-by-side with the one man she desperately wants to avoid--Niceville's ambitious mayor Wes Ramirez, who happens to be her only previous lover, and the source of her greatest humiliation…

Wes needs to make up for his disastrous one-night--actually, make that one-hour--stand with deliciously nerdy librarian Helen. As they plan the city's upcoming May Day celebrations together, he'll try to prove he can do better, in bed and out. It may take every bit of his creativity and determination, but their budding romance has already gone down in flames once . . . and he'll be damned if he'll let Helen go a second time.

I received an advanced copy of this book from the publisher via Netgalley in exchange for an honest review.  The expected publication date is May 10th, 2016.

This story is the third instalment in the Lovestruck Librarians series but can be read as a stand alone.  While I did read the previous book, it was not required to enjoy this one.

What I like about this series is that the female leads are not the stereotypical beauty queens that you find in so many books of this genre.  The character in this story was still beautiful but also real.  She was not a stick figure and shopped in the plus size section of the department store.  Although don't even get me started on what is considered a plus size these days, I could go on for hours but that would be fore a different blog.  What I am trying to say is that the everyday female can identify in at least some way with Helen because we are all beautiful, flaws and all.

Wes took a while to win me over.  His lack of self esteem really was a turn off for me.  He did however grow stronger as a character as the story progressed.

If you like a little steam in your stories then this one delivers.  As the synopsis says, Wes is determined to make up for a less than stellar "performance" and thinks of multiple ways to make this happen.  There is no lack of steam within these pages. 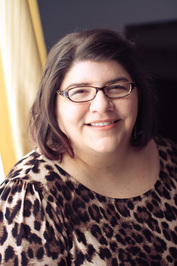 (from her Goodreads profile)

While I was growing up, my mother kept a stack of books hidden in her closet. She told me I couldn’t read them. So, naturally, whenever she left me alone for any length of time, I took them out and flipped through them.

Those books raised quite a few questions in my prepubescent brain. Namely: 1) Why were there so many pirates? 2) Where did all the throbbing come from? 3) What was a “manhood”? 4) And why did the hero and heroine seem overcome by images of waves and fireworks every few pages, especially after an episode of mysterious throbbing in the hero’s manhood?

Thirty or so years later, I have a few answers.

1) Because my mom apparently fancied pirates at that time. Now she hoards romances involving cowboys and babies. If a book cover features a shirtless man in a Stetson cradling an infant, her ovaries basically explode and her credit card emerges. I have a similar reaction to romances involving spinsters, governesses, and librarians.

2) His manhood. Also, her womanhood.

3) It’s his “hard length,” sometimes compared in terms of rigidity to iron. I prefer to use other names for it in my own writing. However, I am not picky when it comes to descriptions of iron-hard lengths. At least in romances.

4) Because explaining how an orgasm feels can prove difficult. Or maybe the couples all had sex on New Year’s Eve at Cancun.

During those thirty years, I accomplished a few things. I graduated from Wake Forest University and earned my M.A. in American History from the University of Wisconsin-Madison. I worked at a variety of jobs that required me to bury my bawdiness and potty mouth under a demure exterior: costumed interpreter at Colonial Williamsburg, high school teacher, and librarian. But I always, always read romances. Funny, filthy, sweet—it didn’t matter. I loved them all.

Now I’m writing my own romances with the encouragement of my husband and daughter. I found a kick-ass agent: Jessica Alvarez from Bookends, LLC. I have my own stack of books in my closet that I’d rather my daughter not read, at least not for a few years. I can swear whenever I want, except around said daughter. And I get to spend all day writing about love and iron-hard lengths.

So thank you, Mom, for perving so hard on pirates during my childhood. I owe you.