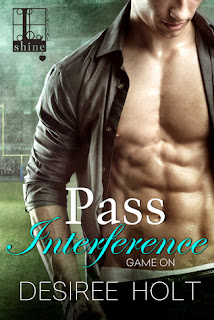 No Rules. No Limits.

Party girl Tyler Gillette has just one rule: no football players. As the daughter of the owner of the San Antonio Hawks, she grew up in the shadow of the sport and her father’s enormous wealth. She was even named Tyler because he wanted a boy. Life couldn’t have drawn up a better play for turning her into a wild child—until that same life is threatened by someone from the past . . .

Former Hawks running back Rafe Ortiz has a few rules of his own. First, no weaknesses. Second, no babysitting spoiled football princesses. But his new career as a bodyguard means he’s responsible for protecting the beautiful Tyler Gillette from her mysterious stalker. But keeping his hands off her might be harder than keeping her safe . .

I received an advanced copy of this book from the publisher via Netgalley in exchange for an honest review.  The expected publication date is April 12, 2016.

This is book three in the Game on series however can be read as a stand alone novel. In fact I do not recall any mention of the characters from the 2nd story as I did have the opportunity to read the previous novel Line of Scrimmage.  I was curious to see where this one took me.

I will start by saying this story was so much better than the second one (I have not read the first one).  The male lead was a lot more likeable and the chemistry seemed to go beyond just the physical...although that was also an element.

I like the concept of Rafe trying to protect Tyler and at the same time fight his feelings for her.  The battle of trying to keep her safe while locking his feelings away was believable and a good concept for a story.  We all know how well this works out though.

I also like the fact that you could see the transition of Tyler from a girl with a chip on her shoulder to a girl who she actually liked.  The fact that she received so many compliments when she left her "war paint" off sends a good message about how it is what is on the inside that really counts.  Not that I think this story was meant to be that deep, nonetheless it was still there.  A lot of people I know could learn from her transition.

If you like your bedroom scenes, or shower or wherever hot, then this story also offers that up for you.  Holt delivers some steam as I have come to expect from her stories.

This was a good story that offered a nice distraction for me.  Although after reading two in the series I am no closer to becoming a football fan, I was still entertained. 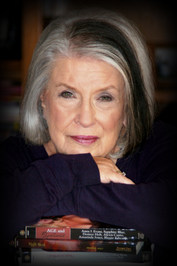 Desiree Holt has lived a life of excitement that brings the color to her writing. She was a summer fishing guide, a summer field hand where she was one of only three women working, a member of a beginning ski team that skied in competition (and no, no broken bones!). She spent several years in the music business representing every kind of artist from country singer to heavy metal rock bands. For several years she also ran her own public relations agency handling any client that interested her. She is twice a finalist for an EPIC E-Book Award, a nominee for a Romantic Times Reviewers Choice Award, winner of the first 5 Heart Sweetheart of the Year Award at The Romance Studio, and is published by four different houses. Romance Junkies said of her work: “Desiree Holt is the most amazing erotica author of our time and each story is more fulfilling then the last.”