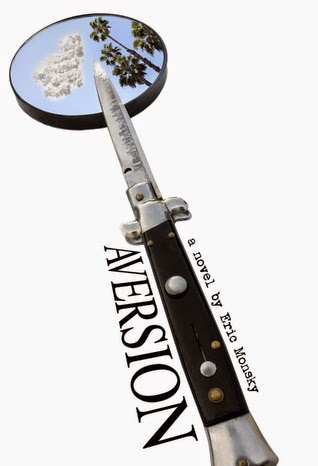 Adam Lange is consumed by resentment and anger and has been since the day his father died painfully in hospice. Desperate for a cure to end his grief, Adam hatches a plan: abandon his home and couch surf to save as much money as possible before quitting his job then travel the world indefinitely. This choice quakes the already turbulent relationship with his mother and brother, kicking up the misery of their collective past. As his journey to escape becomes tougher than ever thought imaginable; it strips what little resolve and restraint Adam has unleashing his rage. Eric Monsky describes Adam’s inner life with frightful honesty and intimacy. His shocking, funny and depraved portrait of a man refusing to feel his suffering is a disturbing exploration of human nature and its desperate need for distraction and avoidance in the face of tragedy.

I won a copy of this book in a giveaway on Goodreads in exchange for an honest review.

I have to tell the truth and admit that I did not like this book at all.  That being said I will keep my review short for the following reason....

From what I have determined this is a real account of Monsky's life.  Because of this I will not judge as I believe in the therapeutic power of writing and how it can heal.  If by penning this story he was able to grow and move forward from his emotional issues than who am I to say that it didn't appeal to me.  My opinion does not matter.  It was honest if anything.

I will only say that this would be classified as "man-Lit".  Woman may be turned off by some of what occurs in this story as it was crude at times.

Kudos to Monsky for having the courage to write it. 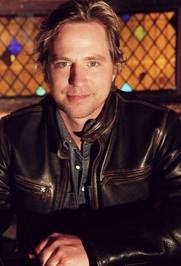 The son of a successful news producer, Eric Monsky attended the prestigious Trinity High School on the Upper West Side. Then continued at The Crossroads School in Santa Monica when his family relocated to Los Angeles, where he started writing; submitting poems and short stories to his high school publication. The culture clash between LA and NYC proved to be difficult as was making friends and Monsky longed to return to the East Coast.

In 1991 he attended Trinity College in Hartford, CT and chose to focus on creative writing and English Literature, but one film class inspired him to apply for a scholarship and transfer to NYU Film School.

After graduating his father had a heart-to-heart about Monsky’s future and offered him a PA gig on a CBS one hour reality drama series entitled, ‘I Survived a Disaster’ produced in Los Angeles. Despite his adverse feelings for LA Monsky returned to be a Production Assistant, and aspiring screenwriter. He spent several years hopping around from temp gig to temp gig as an office/set PA working on independent features and music videos; the highlight being his year long stint on ‘The Insider” directed by Michael Mann.

Frustrated with his limited duties Monsky found himself seeking work in the budding industry of reality television where his narrative talents afforded him the opportunity to rise quickly within the ranks while still penning screenplays and television pilots. Ten years beating his skull against the impenetrable wall that is Hollywood, Monsky decide to return to his first love, prose.

The tragic death of his father from leukemia was his inspiration to quit his job and life in Los Angeles and travel the world. While traveling through SE Asia and Indonesia Eric started writing notes for his first novel and relocated to Austin to pen AVERSION .

Eric currently lives happily in Los Feliz with the love of his life.