Review: Until You Find Me by Amber Hart 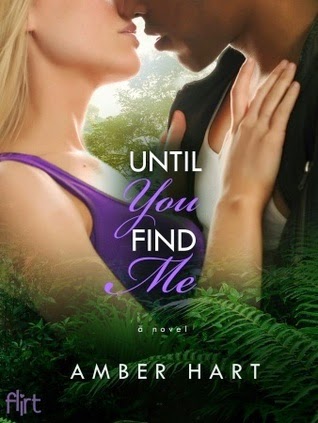 Amber Hart pushes contemporary romance to its wildest limits in this heart-pounding novel, the story of a girl who travels to Africa to protect the legacy of one man . . . and stays for the love of another.

Raven Moore, a twenty-year-old college student from Michigan, feels out of place in the beautiful, treacherous jungles of Cameroon, staying in the habitat where her father gave his life to help protect endangered gorillas. He left home years ago; now Raven refuses to return home until she unravels the truth about his last days.

Raven certainly doesn’t count on crossing paths with a handsome young hunter—especially one as charismatic and intense as Jospin Tondjii. Instantly, she’s hooked. But Jospin is hiding a dark truth: He is the heir to a powerful poaching empire, part of a ruthless black market that is responsible for the dwindling gorilla population.

Their fathers may have been enemies, but Raven and Jospin forge a bond that goes beyond blood, a relationship that is tested as Raven draws closer to the source of her father’s death. Can she and Jospin bear the weight of the secrets of the wild—and the secrets of their pasts? Or will the rain forest destroy them both?

I received an ARC from Random House Flirt via NetGalley in exchange for an honest review. Thank you!

Anyone that reads my reviews knows that the new adult genre is my guilty pleasure reading. I have to say that Until You Find Me breaks the mold a little bit. You will not find a college dorm setting with brooding students and pasts that create angst and drama. Instead you are dropped into an African rainforest and introduced to all kinds of danger and suspense. Of course there is still an opposites attract theme and a sexy leading man but it is so much bigger than two people hooking up.

Raven goes to the jungles of Cameroon to the habitat that her father devoted his life to saving gorillas. She harbours a lot of resentment to the place that she feels stole her father from her and doesn't understand why he wanted her there. He is dead and can't give her the answers but she is determined to find out. Shortly after arriving she is attacked by the very animal that her father was determined to save and her resentment grows. While recovering, she meets Jospin and there is an instant attraction. He is a native of the jungle and unbenounced to her, the heir of a dangerous and powerful poaching clan that kills the gorillas that her father died trying to save.

I loved the setting of this book and enjoyed getting to know the characters. The story is told from both Raven and Jospin's point of view which I really liked. Hart's writing style flows nicely which made the pages fly by and I was able to finish it in a few short hours. With the mystery, suspense, jungle, gorilla's and the steamy romantic aspect I was glued to the pages. I do have to warn you that there is a HUGE cliffhanger at the end that made me want to throw my tablet across the room. I may have even muttered a few explicit words. I want to know what happens next. I need to know what happens next! As far as I can tell from my frantic search, the sequel is still untitled and expected out sometime in 2015. I can't wait to find out how the story will play out.

I thoroughly enjoyed Raven and Jospin's journey and I think I have found myself a new author to follow. I am sure that fans of new adult will enjoy this story that digs a little deeper than what is typical of the genre. 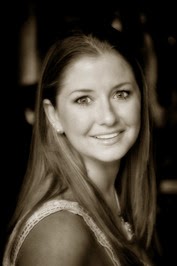 Amber Hart grew up in Orlando, Florida and Atlanta, Georgia. She now resides on the Florida coastline with family. When unable to find a book, she can be found writing, daydreaming, or with her toes in the sand.
Author of:

BEFORE YOU (Before & After series, #1), young adult contemporary romance, from KTeen 2014

UNTIL YOU FIND ME, new adult contemporary romantic thriller, from Random House 2014

TBA, sequel to UNTIL YOU FIND ME, from Random House 2015