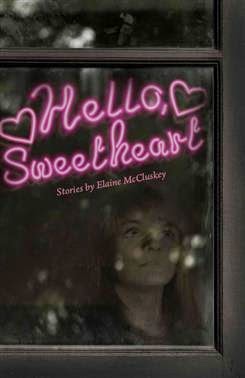 I won a copy of this book in a giveaway on Goodreads in exchange for an honest review.

This book consists of a series of short stories, some of which are loosely linked together.  If you are looking for a happy read where things are tied up neatly at the end then this is not the book for you.  This is a truly gritty collection of stories about the forgotten & down in out people in society.  It is dark and offers no apologies.

I almost howled with laughter when I saw the story titled Keno Man.  Similar to these stories I had worked in my younger years in a convenience store in a small town that catered to the less desirable folks in our town.  We had a guy come in daily that we had titled Keno Man because he bought and scratched in fron of us the instant Keno tickets.  Similar to this story we were cutious about the sad state of this daily routine.  We actually wrote little short stories (all the female staff took turns) about this character and others.  I wonder if this is how McCluskey found her inspiration for this novel.

Based on this time in my life I could actually identify with a lot of the stories.  While I have been IMHO fortunate in life so far I saw a lot who were not.  I could appreciate the darker side of these stories and identify somewhat with the characters within the pages.

This story will not be for everyone but for those who like their stories on the darker side or have had a glimpse of the harder lives that people can lead this would be an interesting read.  I am glad I had the opportunity to read this story.

About the Author
Elaine McCluskey’s stories have appeared in The Antigonish Review, Gaspereau Review and Pottersfield Portfolio. The title story in her debut collection The Watermelon Social (GP, 2006) was shortlisted for the 2004 Journey Prize. A former Bureau Chief for the Canadian Press news agency, McCluskey lives with her family in Dartmouth, Nova Scotia.
Posted by twinspin at 03:00