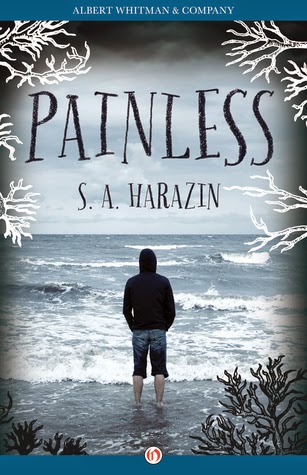 A first kiss. Falling in love. Going to prom. These are all normal things that most teenagers experience. Except for 17-year-old David Hart. His life is anything but normal and more difficult than most. Because of the disease that wracks his body, David is unable to feel pain. He has congenital insensitivity to pain with anhydrosis--or CIPA for short. One of only a handful of people in the world who suffer from CIPA, David can't do the things every teenager does. He might accidentally break a limb and not know it. If he stands too close to a campfire, he could burn his skin and never feel it. He can't tell if he has a fever and his temperature is rising. Abandoned by his parents, David now lives with his elderly grandmother who is dying. When David's legal guardian tells him that he needs to move into an assisted living facility as he cannot live alone, David is determined to prove him wrong. He creates a bucket list, meets a girl with her own wish list, and then sets out to find his parents. All David wants to do is grow old, beat the odds, find love, travel the world, and see something spectacular. And he still wants to find his parents. While he still can.

I received an advanced readers copy from the publisher via NetGalley in exchange for an honest review. Thank you!

This book is suppose to be YA but I don't think that people of that demographic will relate or enjoy this book all that much. It didn't seem to resonate or have any of the things that appeal to young readers. I hate to say it but it was extremely obvious that the author was pretty far removed from that age demographic.

If I could only use one word to describe this story it would be boring. David was dull and was made to seem like he had an intellectual disability along with his physical disability. It went farther than just being sheltered and naive. I found this frustrating because there was so much potential for great story telling with CIPA. Instead it fell flat. All of the challenges of living with CIPA for David were easily resolved and instead it seemed to focus on his intellectual challenges although I'm pretty certain he wasn't meant to have a developmental disability. I could be wrong but at the same time the plot moved along at a snails pace.

The characters were all a little weak and underdeveloped. The relationship between David and Luna was awkward, strained and uncomfortable to read. Their conversations were a little robotic and forced. Luna's shocking secret was not so shocking and it could be seen coming a mile away. Who the heck is Joe? I knew he was David's guardian although he felt more like his keeper. What I wanted to know was why? Where, why and how did a relationship build between him and David's grandmother that this decision was made?

I hate to write an unfavourable review but I have to be honest. This book just wasn't for me. From reading the synopsis it sounded like it had so much potential but it didn't live up to my expectations. Perhaps it is because I work in the developmental services field that I was so frustrated but I felt like it took us back at least twenty years in attitude and thinking. Where was the dignity of risk and positive supports (for either a physical or intellectual disability) that are so important to anyone living with challenges of any kind today? 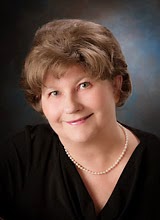