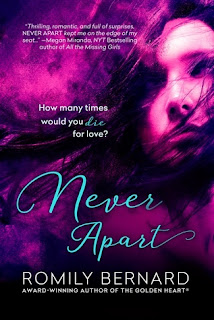 How many times would you die for love?

What if you had to relive the same five days over and over?

And what if at the end of it, your boyfriend is killed…

And you have to watch. Every time.

You don’t know why you’re stuck in this nightmare.

But you do know that these are the rules you now live by:

Now, the only way to escape this loop is to attempt something crazy. Something dangerous. Something completely unexpected. This time…you’re not going to run.

** I received an advanced readers copy from Entangled Teen in exchange for an honest review. Thank you!**

Within the first couple pages of this book Grace and Ander found themselves hunted and killed by Finn only to "fall" and wake up as another version of themselves. This has happened 41 times and it is the same thing with minor differences each time. They wake up as a different version of themselves and five days later they are always hunted and killed by Finn. This time things are different though. Grace has an almost perfect version of her family including her twin brother who has been absent from all her other falls and Ander doesn't know or find her like in all the other versions.

I have to say that in reading the synopsis and even my brief description above that this book sounded like one that I would stay far, far away from. Normally that would be the case but in an attempt to shake things up, I thought I would give it an honest try. Am I ever glad I did! This book really surprised me.

This book is more than appropriate for readers of all ages including the younger YA audience. It is relatively clean with only a little kissing from time to time. It also has the key ingredients that would appeal to that audience as well. Teenagers and young love and first crushes were ample with the added suspense and mystery of the "falls" and the parallel lives. There was definitely enough to hold the interest of the pickiest of readers.

I found myself clawing through the pages and finishing it rather quickly in an effort to find out how it would all play out. The story was told from Grace's point of view after the latest fall and from before the falls began. I wanted desperately to know how Grace and Ander could go from being friends with Finn to being hunted by him. As someone who is outside the YA audience I was surprised by how much I devoured this book. It was a refreshing change of pace. Admittedly, I had it figured out before the final twists and turns in the book but I am glad that I did. I think I might have been disappointed if I had been wrong about the outcome.

I thoroughly enjoyed this book and I think I will leave it at that. I'm afraid it would spoil it if I said too much more. Sometimes it really pays off to pick a book up that it generally outside of your comfort zone. 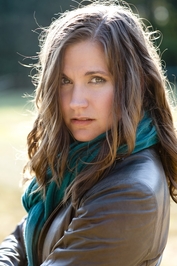 I graduated from Georgia State University with a Literature degree. Since then, I’ve worked as a riding instructor, cell phone salesgirl, personal assistant, groom, exercise rider, accounting assistant, and, during a very dark time, customer service rep.
So don’t let anyone tell you a BA degree will keep you unemployed.