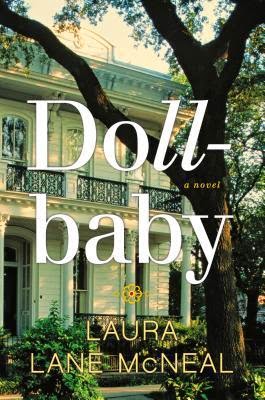 When Ibby Bell’s father dies unexpectedly in the summer of 1964, her mother unceremoniously deposits Ibby with her eccentric grandmother Fannie and throws in her father’s urn for good measure. Fannie’s New Orleans house is like no place Ibby has ever been—and Fannie, who has a tendency to end up in the local asylum—is like no one she has ever met. Fortunately, Fannie’s black cook, Queenie, and her smart-mouthed daughter, Dollbaby, take it upon themselves to initiate Ibby into the ways of the South, both its grand traditions and its darkest secrets.

For Fannie’s own family history is fraught with tragedy, hidden behind the closed rooms in her ornate Uptown mansion. It will take Ibby’s arrival to begin to unlock the mysteries there. And it will take Queenie and Dollbaby’s hard-won wisdom to show Ibby that family can sometimes be found in the least expected places.

For fans of Saving CeeCee Honeycutt and The Help, Dollbaby brings to life the charm and unrest of 1960s New Orleans through the eyes of a young girl learning to understand race for the first time.

By turns uplifting and funny, poignant and full of verve, Dollbaby is a novel readers will take to their hearts.

Hardcover, 352 pages
Expected publication: July 3rd 2014 by Pamela Dorman Books
Terri's Thoughts
I received an advanced copy of this novel from the publisher via Edelweiss in return for an honest review.  The expected publication date is July 3, 2014.  Thank you!
This story was absolutely wonderful!  I'm tempted to end my review here.  The reason is because a) it is true and b) this is a story that the reader needs to discover on their own and not through a bunch of other peoples opinions.  Therefore I will not discuss the plot at all in my thoughts
There are so many elements that are woven together that make this story worth reading.  The wonderful portrayal of the south, the racial divide of the 60's, family secrets and an abandoned girl who does not know what family means.  Mixed together it makes a story that is understated and powerful at the same time.  Truly a gem of a read.  Fans of historical fiction will love this read.
I admit I figured out some of the secrets before they were revealed however this did not hamper the story.  I understand that this is a debut novel and I must give a big round of applause for having such an impactful story the first time out of the gate.  I will be keeping my eye out for future work by Laura Lane McNeal based on this homerun! 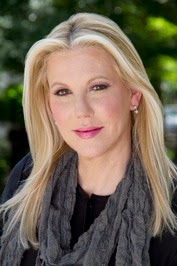 Laura Lane McNeal grew up In New Orleans where people laugh a lot, talk with their hands, love good music, good food, and will make up any excuse for a party.

After receiving two undergraduate degrees from Southern Methodist University (a Bachelor of Fine Arts and a Bachelor of Business Administration), she went on to earn an MBA from Tulane University. She spent most of her career in advertising, working for firms in New York and Dallas, before returning to New Orleans where she started her own marketing consulting firm and became a free-lance writer as well as a decorative artist. In 2005, when the devastation of Hurricane Katrina left her with having to rebuild her life, Laura seized the opportunity to fulfill her lifetime dream of becoming a writer. She hasn’t stopped since.

Laura resides in New Orleans and is married with two sons. DOLLBABY is her first published novel. She is presently working on a second novel.