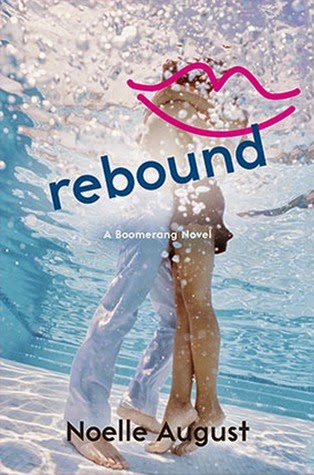 Hooking up is only the beginning of the fun in this sexy and irresistible second installment of the thrilling New Adult series, Boomerang.
Adam Blackwood has it all. At twenty-two, he’s fabulously wealthy, Ryan Gosling-hot and at the top of the heap in the business world. His life is perfect, until a scandal from his past resurfaces and knocks the tech wunderkind down, throwing his company, Boomerang, a hook-up site for millennials, into chaos.
Three years ago, Adam married his high school love—and then lost her in a tragic accident. Now, the heartbreak and guilt he’s tried to bury with work and women begins to take over his life.
Alison Quick, the twenty-one-year-old daughter of a business tycoon—and the very ex-girlfriend of Boomerang’s former intern, Ethan—has a problem of her own. She’s got one chance to prove to her father that she deserves a place in his empire by grabbing control of Boomerang and taking Adam down.
But as Alison moves in on him, armed with a cadre of lawyers and accountants, she discovers there’s much more to Adam and Boomerang than meets the eye. Will earning her father’s approval come at the price of losing her first real love? It appears so, unless Adam can forgive her for wrecking his life and trying to steal his livelihood. But Alison hopes that old adage is right. Maybe love can conquer all

I received an advanced copy of this book from the publisher Willam Morrow Paperpacks via Edelweiss in exchange for an honest review.  The expected publication data is February 10th 2015.
In trying to express my thoughts on this story I compare it to an old pair of jeans.  While you have other pairs that may be newer or more expensive or stylish you keep returning to the old pair because you like the comfort of the way they fit and how they make you feel.  That's how this story was for me, a comfortable entertaining read.

A classic case of boy meets girl who are fighting their attraction for each other for various reasons from their past as well as their current circumstance.  As we all know these attractions are impossible to resist and I enjoyed reading how it played out.

Both the characters of Adam and Alison were likeable.  You wanted to see both of them get everything they wanted.  Both young, attractive, ambitious and most of all sweet.  The only thing negative I can say here is that I wish I was as successful as them when I was their age (22 & 23).

I am not going to dig in to the plot because it really doesn't stray from the formula for this genre but I do have one thought.  In this story we have the "evil" character is Alison's father.  If I were to really analyze the plot I would say that this is almost like a Disney fairy tale for adults.  Is that too deep?  Think about it.  We have a girl and boy (think prince and princess) who ultimately want to be together but are essentially being kept apart by evil king (Ali's father).  Aside from the physical chemistry aspect to the story and ultimate surrender to it the plot resembles it a lot.  I will leave the readers to ponder that thought.

Overall I had a good time with this story.  It fit just right in the entertaining distraction that I was looking for.  Readers who enjoy the NA genre will appreciate this story.  I should add that this is the second story in the series.  I am not sure who the first one was about however I could read this as a stand alone.  I do think I will find myself going back to read the first one as soon as I clear through my pile of books currently pending.

About the Author
NOELLE AUGUST is an anagram for Veronica Rossi and Lorin Oberweger. Just kidding, it's a pen name!

VERONICA ROSSI is the author of the New York Times Best-selling UNDER THE NEVER SKY trilogy for young adults. The books are available in more than thirty countries and the film rights have been optioned by Warner Bros.

Veronica completed undergraduate studies at UCLA and lives in Northern California with her husband and two sons. She is fond of dresses with pockets, fluffy dogs, and cheese and chocolate -- but not together.

LORIN OBERWEGER began her storytelling career by captivating her first-grade class with tales of her summers on a kibbutz in Israel.

Lorin had never been to Israel.

While teacher/parent night put an end to her first experiments in fiction, she’d already caught the bug and eventually made a career of all things story.

As a long-time independent editor and story development guru, Lorin's client successes range from small press publications to major bestselling novels. She's an award-winning author and has also worked behind the scenes as a ghostwriter on a variety of projects. Her work has received starred Kirkus reviews and glowing mentions in The New York Times.

Oh, she did get to see a kibbutz, eventually, and found out she had it pretty much right all along.

Veronica and Lorin met at a writing workshop and just knew they were destined to create awesome things together.
Website:  http://noelleaugust.com/
Twitter:  noelle_august