Review: Any Other Girl by Rebecca Phillips 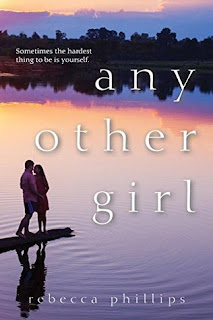 After a disastrous, reputation-destroying party at the end of junior year, Kat Henley has a new plan. When it comes to boys—especially other people’s boys:

In the past, drawing attention to herself helped distract people from what really makes Kat different—having two gay parents. But it’s also cost her friendships. Kat can’t afford to lose any more of those, especially not her cousin, Harper. They’re spending one last summer together at the lake, where they run into an intriguing newcomer named Emmett Reese. After years of trying to prove she’s just like everybody else, Kat has found someone who wants her because she’s not. A boy who could be everything she wants too—if Harper hadn’t liked him first…

** I received an advanced copy of this book from the publisher Kensington via Netgalley in exchange for an honest review.  The expected publication date is January 26th 2016**

I am not a stranger to Phillips work.  I had previously read Faking Perfect (read review here ) and enjoyed it.  I did not realise this when I picked this book up however now that I am aware I now have a new author to look out for when I am in the mood for the YA genre.

This story offers a little bit of everything for the YA audience.  This is a romance as advertised however there is so much more within the pages.  It depicts Kat's journey of trying to figure out who she is as an individual and try to change her ways.  It shows her struggle between the image that she set out to display to the outside world and the reality of who she really was.

There is the age old love (or not so much) triangle between Harper, Kat and Emmett.  Along with this is Kat's struggle to deny her attraction to Emmett because her cousin was interested in him.  As a female, I think we can all identify being in this situation at one point or another in our youth.  The romance was sweet and endearing as well as heartbreaking and drama filled.

What I really liked about the story is the various issues it also tackled within the story.  There was the fact that Kat's parents were a same sex couple and the story dealt with the issue of ignorant people and tolerance.  There was also the issue of spousal abuse and the impacts it had on the whole family.  Then there are the more common issues of divorce, young love and the struggle to identify the true you.

Combining all of these aspects together created a story I really enjoyed.  Phillips writes stories that can really hit home with the YA audience.  In fact, upon completing this story I went to purchased one of her earlier works to see what else she has to offer! 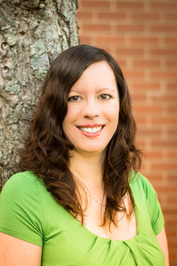 Rebecca Phillips has been a fan of contemporary young adult fiction ever since she first discovered Judy Blume at the age of twelve. She's the author of the JUST YOU series, OUT OF NOWHERE, FAKING PERFECT (Kensington), and ANY OTHER GIRL (January 26, Kensington).

Rebecca lives just outside the beautiful city of Halifax, Nova Scotia, with her husband, two children, and one spoiled rotten cat. She absolutely loves living so close to the ocean.