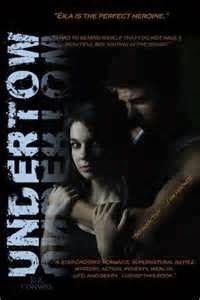 Luckless Eila is unknowingly the last of her kind: Rare. Gifted. Breakable. Stunning Raef is her kind's historic enemy: Soulless. Lethal. Lost. A legendary death 160 years before would set their lives to collide, forcing a beautiful killer to become a savior, a simple wallflower to become a warrior, and ruthless destiny to become a death sentence.

Eila Walker knows luck is not a friend, so she is downright shocked to inherit a million-dollar Cape Cod home. And yeah, her new town isn't perfect: the cheerleaders are heinous clones, the local undertow can kill ya, and her Great Grams was supposedly fried by lightning in the harbor square. Still, Eila is hopeful her luckless days are in the past . . . until history decides to repeat itself.

When drool-worthy Raef O’Reilly becomes her friendly, yet weirdly protective shadow, Eila thinks life is pretty darn perfect – until she is hauled beneath the waves by an unnatural undertow. Revealing coal-black eyes and iron-like strength as he rescues her, Raef can no longer hide what he is . . . or what she can do. Eila, last of her kind, can supposedly channel the power of human souls, while Raef is more adept at stealing them. Even worse, the legend about her ancestor isn't such a myth, since Eila’s grandmother was one kick-butt warrior until her lightning-like power backfired. A power that is written all over Eila's DNA.

Determined to stay one step ahead of a dangerous clan that is hunting her, Raef, along with three unlikely allies, will do all they can to protect her. But as hidden pieces of their brutal histories unravel, Eila begins to understand just what went down in the harbor square. She soon realizes that following in her grandmother’s fearless footsteps may be the only way to save those she loves . . . including Raef.

BOOK 1 in the UNDERTOW Series.

I received this novel from the publisher in exchange for an honest review.

The summary of this book caught my eye as I have recently been drawn to the paranormal/YA/NA genre after discovering it this past summer.  I have to say that I was not let down when I read the book.

If I had to summarize the whole story in one word it would be refreshing.  Although loosely sticking to the usual formula for paranormal teen/romance novels Conway managed to add enough elements to keep it fresh and interesting.  Although there was one main character in Eila there was a great and entertaining supporting cast that were interesting enough to be able to stand on their own within the story.  Often I find that beyond the main character the rest are either boring or annoying.  Not in this case.  I found myself invested in all of the characters.

Perhaps the element that I enjoyed most about the story was the mystery surrounding the plot and Eila's heritage.  Too often in these types of books I find it is just about the "bad" guys out to get the "good" guys.  Although the good vs. bad theme is evident, the  lines are a little blurred.  Also the story revolves around the mystery of what happened in the past.  It almost read like an historical fiction novel which is ultimately my favorite genre to read.  Don't get me wrong, this is still a paranormal/romance novel however it's appeal extends beyond that.

Lastly, I found Conway's writing style flowed easily and as a result so did the storyline.  I thoroughly enjoyed this read.  If I had to note one criticism it is the fact that the next instalment in this series is not due to be release until the summer of 2014.  That is way too long to revisit these characters!  The good news is that there was plenty of unresolved plotline left so that there will be a great reason to return to this series once it is released.  I personally can't wait for it. 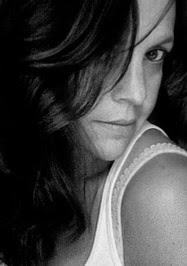