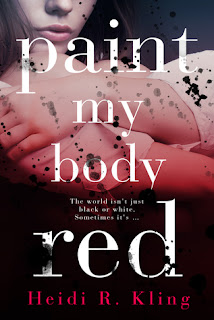 Dead teenager number seven. With the rash of suicides at my school, I've been shipped off to my dad's Wyoming ranch for “my own safety.” My mom worries I'll be next—another depressed teenager whose blood will end up on the train tracks. But she doesn't know my secrets...or what I did.

Everything has changed at the ranch since I was there last. The staff is gone, and there aren’t any visitors. The place is struggling, and ALS is destroying my dad. The one bright spot in this mess is his new—and only—ranch hand, Jake. He’s gorgeous, cheerful, healthy and sane. Shadows don't haunt his eyes and eat away at him in the night.

But the ranch and Jake can't save me from the darkness inside, or the knowledge of what I've done. This time, it's up to me to save myself...

This book is both dark and uplifting at the same time. Told in the now and then the reader follows Paige as she tries to find her way through a very traumatic and difficult time.

The story is told in the "now" which is obviously after something serious happened and Paige is trying to recover and move on from it. As the reader you don't know exactly what happened until it starts going back to the "then".Little bits are revealed throughout the story. I have to admit that I was really drawn to the "then" part of the story which also happened to be the darker side of the story. Don't get me wrong, the "now" was also good but in a more wholesome way.

I can really see young people liking this book and the characters in it. Although Paige was a bit of a mess I can see people liking her and relating to her. I know readers will love Jake and the budding relationship between the two of them. The family connection and Paige's relationship with her dad was also extremely moving.

I found myself getting a little emotional at different points in this story which surprised me. I wasn't expecting that and it spoke volumes. Obviously I was invested in the story if it moved me. At times it felt like two different stories altogether but somehow it came together in a very entertaining way. I really enjoyed it. 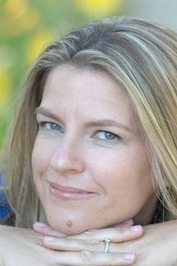 After earning her BA in Literature & Creative Writing Literature from UC Santa Cruz and finding her voice in YA, Heidi went on to earn her MFA in Writing for Children from The New School. She has directed and written children's theatre on both coasts and lives with her husband and two children in Palo Alto, CA.