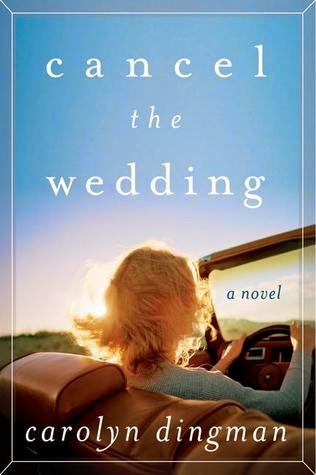 A heartfelt fiction debut that will appeal to fans of Emily Giffin’s Southern charm and Jennifer Weiner’s compelling, emotionally resonant novels about the frustrations of blood ties, Cancel the Wedding follows one woman’s journey to discover the secrets of her mother’s hidden past—and confront her own uncertain future.

On the surface, Olivia has it all: a high-powered career, a loving family, and a handsome fiancé. She even seems to be coming to terms with her mother Jane’s premature death from cancer. But when Jane’s final wish is revealed, Olivia and her elder sister Georgia are mystified. Their mother rarely spoke of her rural Southern hometown, and never went back to visit—so why does she want them to return to Huntley, Georgia, to scatter her ashes?

Jane’s request offers Olivia a temporary escape from the reality she’s long been denying: she hates her “dream” job, and she’s not really sure she wants to marry her groom-to-be. With her 14-year-old niece, Logan, riding shotgun, she heads South on a summer road trip looking for answers about her mother.

As Olivia gets to know the town’s inhabitants, she begins to peel back the secrets of her mother’s early life—truths that force her to finally question her own future. But when Olivia is confronted with a tragedy and finds an opportunity to right a terrible wrong, will it give her the courage to accept her mother’s past—and say yes to her own desire to start over?

I received an advanced copy of this book from the publisher Harper Paperbacks via Edelweiss in exchange for an honest review.  The expected publication date is August 5, 2014.

This is the type of read that is right up my alley.  A mystery from the past being solved in the present day.  This book is slightly different than most of this genre that I have read that with the exception of the first chapter it is told entirely in the present day and the story is unraveled through clues found in the present.

I am a sucker for a tragic love story and this book delivers.  As we learn more about Janie's past I became more hooked.  I could not wait to find out what happened with George and Oliver even though I knew the outcome could not be good.

Another strength in this book was the story-line and relationships in the present day.  I really enjoyed the interactions between Olivia and her fourteen year old niece.  It added an additional element that kept the story ticking.  And then there is Elliot.  I could write forever about him but I won't.  He had me at hello and I just loved him.  The additional conflict that he created by his presence in Olivia's life as she was dealing with her current issues added another layer to the story.  Did I mention that he was totally dreamy?  Not necessarily in the physical aspect but his personality.  He was the perfect male.  I fell in love with him.

Overall I really liked this story.  I found myself ignoring all the things on my to do list in order to finish this book.  Before starting this story I had pre-judged it to be a fluff story but it had so much more to it.  I will be recommending this to everyone. 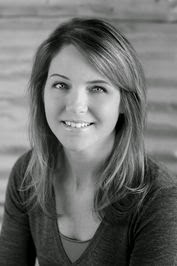 Carolyn Dingman grew up as a nomadic military brat often making up stories that the adults referred to as "lies." She is now a grown-up and hardly ever lies anymore unless she's writing fiction where it is considered socially acceptable. She studied Architecture at Clemson University which in no way prepared her for a career in writing. Her first novel is called, CANCEL THE WEDDING (HarperCollins, August 2014.)

Carolyn lives in Atlanta with her husband and two girls. She volunteers too much, eats too much chocolate, and prefers beer over wine.