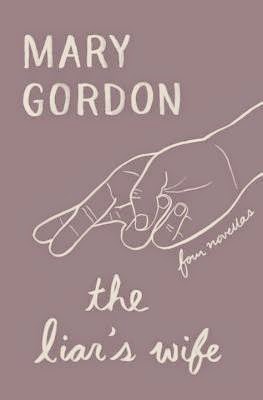 In these absorbing and exquisitely made novellas of relationships at home and abroad, both historical and contemporary, we meet the ferocious Simone Weil during her final days as a transplant to New York City; a vulnerable American grad student who escapes to Italy after her first, compromising love affair; the charming Irish liar of the title novella, who gets more out of life than most of us; and Thomas Mann, opening the heart of a high-school kid in America. These stories dazzle on the surface, with beautifully rendered settings and vistas, and dig deep psychologically. At every turn Gordon reveals in her characters' interactions those crucial flashes of understanding that change lives forever. So richly developed it is hard to believe they fit into novella-sized packages, these tales carry us away both as individual stories and as a larger, book-length experience of Gordon's mastery and human sympathy.

I received an advanced copy of this book from the publisher via Edelweiss in exchange for an honest review.  The expected publication date is August 5 2014.  As this is four novella in one I will review each story separately

I had a little bit of a difficult time with the opening story.  I found it extremely wordy and that it took a while to get to any real kind of point.  The main character was not really likeable and seemed to have all sorts of emotional issues that stemmed from nothing.

The story did pick up when we were introduce to her ex-husband (the liar) and became a little more interesting.  We learn about his live life to fullest attitude which is a stark contrast to Joss' outlook on life.  We also learn about his lies and that there is no malicious intention behind them.

Ultimately this story was about acceptance of what life throws at you and making the most of it.  While interesting at points it was just an average read for me

I was hoping I would enjoy the second story more than the first but alas it was not meant to be.  This one provoked more frustration than anything.  I did not understand Genevieve's hero worship of Simone.  I get that she was her childhood hero as her teacher but as an adult I would have felt that if she learned anything from her it was free will and thought.  Instead she went along with everything Simone said like a lost puppy.  There were no characters to identify with or invest in although Joe was as close as it gets.

Again this story was too wordy that the actual story gets lost.  So far it will be tough to see this book through but only two more novella's so I will try my best to keep an open mind and enjoy the last two.

This was in my opinion another wordy story about nothing.  The main character talked like he was enlightened when he was in fact not.  I found myself getting annoyed as I proceeded through the story

I put this book down before reading the last story.  I feel it was doing the author an injustice to continue as I clearly did not enjoy this read and since my rule of thumb is if I read it I review it I simply stopped.  While some people may enjoy this type of read I found it full of eloquently strung together words and lacking any real substance.  None of the characters were interesting nor believable and the stories were simply boring.  I hate to give a not so favorable review however this simply was not for me.

Mary Gordon was born in Far Rockaway, New York, to Anna Gagliano Gordon, an Italian-Irish Catholic mother, and David Gordon, a Jewish father who converted to Catholicism. While growing up, she attended Holy Name of Mary School in Valley Stream and for high school attended The Mary Louis Academy in Jamaica, N.Y.. She is Catholic.

She received her A.B. from Barnard College in 1971, and her M.A. from Syracuse University in 1973. Gordon lived in New Paltz, New York for a time during the 1980s. She and her husband, Arthur Cash, live in New York City and Hope Valley, Rhode Island. They have two adult children, Anna and David. Gordon is the McIntosh Professor of English at Barnard College. Cash is retired.

In 1981, she wrote the foreword to the Harvest edition of Virginia Woolf's "A Room of One's Own." In 1984 she was one of 97 theologians and religious persons who signed A Catholic Statement on Pluralism and Abortion, calling for religious pluralism and discussion within the Catholic Church regarding the Church's position on abortion.

Novelist Galaxy Craze has said of Gordon, "She loves to read; she would read us passages in class and start crying, she's so moved by really good writing. And she was the only good writing teacher at Barnard, so I just kept taking her class over and over. She taught me so much."