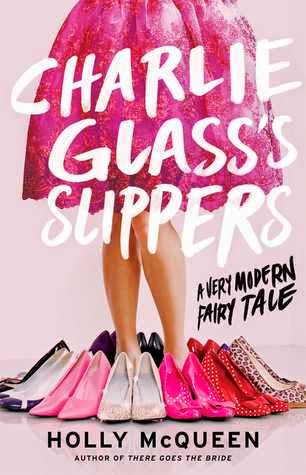 In this delightful, clever spin on Cinderella, Charlie Glass—a heroine as loveable as Cannie Shapiro and Bridget Jones—inherits her father’s shoe empire and snatches up a drop-dead-gorgeous, multi-millionaire Prince Charming. But is he truly the key to her happily ever after?
When Charlie’s beloved father, iconic shoe designer Elroy Glass, dies after a long illness, everyone expects that he’ll leave his business to his glamorous wife and eldest daughters. After all, they’ve been running the company for years. But Elroy surprises everyone from beyond the grave: at the will reading, it’s announced that his fashion empire has been left to Charlie, his youngest—and plumpest—daughter.

Before she can run the company, Charlie decides she needs to make a few changes in her life. After several weeks at a California boot camp, she returns to London a new woman: thinner, blonder, and ready to revitalize the Elroy Glass brand. But as she’ll soon discover, a good esthetician and a killer pair of stilettos can only go so far, and there’s more to reinvention—and running a fashion empire—than meets the eye.

Endlessly entertaining, surprising, and ultimately inspiring, Charlie Glass’s Slippers is a modern-day fairytale about finding your own magic and transforming yourself from within.

I received an advanced readers copy of this book from Atria Books via Edelweiss in exchange for an honest review. Thank you!

As described in the synopsis, this book has a real Cinderella quality to it as well as Bridget Jones. In fact, it reminded me a lot of Bridget Jones. Although the story is not overly original it is still an entertaining and enjoyable read.

I thoroughly enjoyed Charlie's character and found myself giggling on numerous occasions. I particularly liked her thoughts around all of the "grooming" that she found herself enduring in her efforts to transform herself. She was quirky, clutsy, awkward and totally unaware of her positive qualities which made her relatable as well as likeable. She had me in her corner from beginning to end. Not only was Charlie a pleasure to read about but so were her group of friends from Lucy to Ferdy to Olly.

Of course there are always the characters that you love to hate and this book is no exception. With an evil step-mother and spoiled, self centred step-sisters, Charlie finds resistance around every corner in her effort to bring her father's shoes back to life. It was her family dynamic that brought a modern Cinderella quality to the story. Of course no Cinderella story is complete without a "Prince Charming" and Charlie has one of those too...or does she?

This story is really a story about Charlie coming into her own and discovering who she really is and what she wants out of life. Although told in a fun and quirky way, there is a positive message hidden within the pages about acceptance, self worth and being happy within your own skin. This book is an easy and fun summer read that fans of chick lit will be sure to enjoy. I know I did. 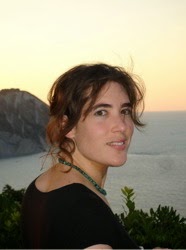 Holly McQueen has wanted to be a writer ever since discovering that the nuns at her junior school would let her off maths homework if she wrote a story instead. After unexpected detours via law, magazine journalism, and even musical theatre, she began writing her first novel in 2006. Holly lives with her husband in London. She still avoids math.