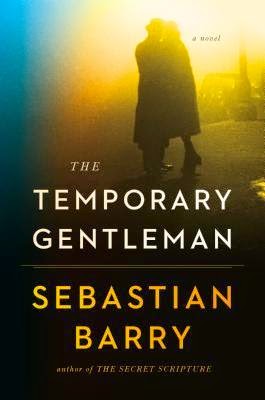 Jack McNulty is a 'temporary gentleman', an Irishman whose commission in the British army in the Second World War was never permanent. In 1957, sitting in his lodgings in Accra, he urgently sets out to write his story. He feels he cannot take one step further, or even hardly a breath, without looking back at all that has befallen him.

He is an ordinary man, both petty and heroic, but he has seen extraordinary things. He has worked and wandered around the world - as a soldier, an engineer, a UN observer - trying to follow his childhood ambition to better himself. And he has had a strange and tumultuous marriage. Mai Kirwan was a great beauty of Sligo in the 1920s, a vivid mind, but an elusive and mysterious figure too. Jack married her, and shared his life with her, but in time she slipped from his grasp.

A heart-breaking portrait of one man's life - of his demons and his lost love - The Temporary Gentleman is, ultimately, a novel about Jack's last bid for freedom, from the savage realities of the past and from himself.

I won a copy of this book as part of a Goodreads giveaway.  I originally gave up hope on it as it took so long to arrive but alas it showed up.

I have mixed feelings about this book.  On one hand I enjoyed it greatly and on the other I found I had a hard time getting through it.

This book is about a man reliving his past by writing down his journey in a journal.  The heart of the story is a love story however it is not a one of the conventional kind.  It is about the downward spiral of two people who love each other yet are toxic for each other.  This I found interesting.

I was not particularly fond of Mai or Jack.  I found them both to be selfish and without a great sense of character.  This is where I struggled.  Had they been more likeable I may have enjoyed the book more and had a greater connection with the tragedy of it.  I also had a hard time at first following along with the story.  It is told out of sequence without any real identifier that it has changed course.

Putting aside my struggles with the story the core of it was a good one about the decisions people make and the consequences as a result.  This was not a happy go lucky read but did manage to entertain me.  Without spoiling the story I found the ending appropriate and really the only way it could wrap up. 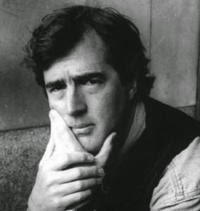 Sebastian Barry is an Irish playwright, novelist and poet. He is noted for his dense literary writing style and is considered one of Ireland's finest writers

Barry's literary career began in poetry before he began writing plays and novels. In recent years his fiction writing has surpassed his work in the theatre in terms of success, having once been considered a playwright who wrote occasional novels.

He has twice been shortlisted for the Man Booker Prize for his novels A Long Long Way (2005) and The Secret Scripture (2008), the latter of which won the 2008 Costa Book of the Year and the James Tait Black Memorial Prize. His 2011 novel On Canaan's Side was long-listed for the Booker.