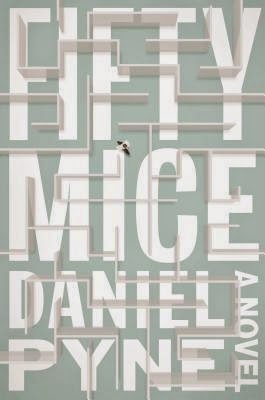 What if a man is placed in the Federal Witness Protection Program against his will?
And doesn’t even know what he supposedly knows that merits a new name, a new identity, a new life?


Jay Johnson is an Average Joe, a thirty-something guy with a job in telephone sales, a regular pick-up basketball game, and a devoted girlfriend he seems ready to marry. But one weekday afternoon, he’s abducted on a Los Angeles Metro train, tranquilized, interrogated, and his paper trail obliterated. What did he see, what terrible crime—or criminal—is he keeping secret? It must be something awfully big. The trouble is, Jay has no clue.

Furious and helpless, and convinced that the government has made a colossal mistake, Jay is involuntarily relocated to a community on Catalina Island—which turns out to be inhabited mainly by other protected witnesses. Isolated in a world of strangers, Jay begins to realize that only way out is through the twisted maze of lies and unreliable memories swirling through his own mind. If he can locate—or invent—a repressed memory that might satisfy the Feds, maybe he can make it back to the mainland and his wonderful, even if monotonous, life.

Set in a noir contemporary L.A. and environs, Fifty Mice is a Hitchcockian thriller as surreal and mysterious as a Kafka nightmare. Chilling, paranoiac, and thoroughly original, it will have readers grasping to distinguish what is real and what only seems that way.

After reading the synopsis I was really excited to dive into this book. It sounded like it would be an edge of your seat, high paced and thrilling story.

It is hard to describe how I felt when I began reading. Only one word comes to mind that comes close and that was...BORED. I found it incredibly slow and the characters extremely shallow and contemplated giving up on it. As I try to be a "glass half full" kind of girl, I refused to give up on it, thinking that it had to improve. A few early reviews were very positive so I convinced myself to power through it. It did improve as the story unfolded but only slightly.

The concept of the story is an interesting one but it just wasn't delivered to my liking. From the title of the book I expected some references to mice but the never ending rambling, facts and stories about mice were way too much and did nothing but make my mind wander to more exciting things like folding my laundry and scrubbing my floor. The whole naked mermaid stripper thing was a bit much as well. I think if 90% of the mice references were taken out and the mermaid parts were changed to something more riveting and less ridiculous, the story would have had a chance.

About the Author
Daniel Pyne wanders restlessly between prose fiction and screenwriting. He is the author of two previous novels, Twentynine Palms ("Character is key in this deliciously edgy thriller... the surprises come fast and furious….[W]ith dialogue that sings and action that sizzles." -Kirkus starred review) and A Hole in the Ground Owned by a Liar (Los Angeles Magazine Critic's Choice). Among Pyne's film credits are the remake of The Manchurian Candidate, Pacific Heights, Any Given Sunday and Fracture. Pyne's television work spans from the seminal hipster cop show Miami Vice to the recent Fox series from J.J. Abrams, Alcatraz. Pyne has a BA from Stanford University, where he toiled in economics but studied writing under Stegner fellows Chuck Kinder and John L‟heureux; he has an MFA from UCLA's Graduate School of Film, where he periodically teaches a seminar in screenwriting. Born in Chicago, raised in Colorado, Pyne lives in Los Angeles and Santa Fe with his wife, dogs, cats, a lizard, and an extremely sullen box turtle his grown children left in their wake.