Review: The Pages We Forget by Anthony Lamarr 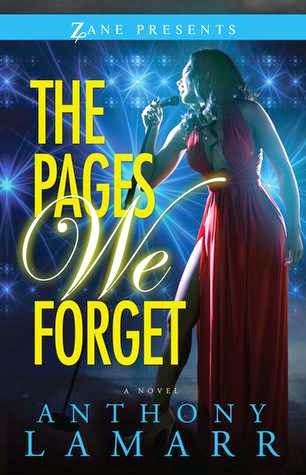 In this heartfelt, emotional drama, singer-songwriter June is trying to find the answers to love. Will she end up with the man in so many of her songs; the one who broke her heart; or with the musician who brought her to fame?

Its been ten years since June's first love, Keith, walked out of her life without saying goodbye. Ten years, two months, and sixteen days to be exact since the night he first made love to her, then tiptoed out of the room while she lay in bed pretending to be asleep. June's life was over after that night, but she didn't stop living. Instead, she found a reason to live in her newborn son, and a reason to love again in Alex, an aspiring musician.

With Alex, she finds fame, fortune, and contentment. But now, her enviable life as one of musics brightest and most beloved stars is about to change in a way she never expected. Before her last song ends, June will come face-to-face with the horrible truth about that night ten years ago. And who will she choose: the man whose touch ruined her life, or the man whose unconditional love saved her?

I was a little torn when it came to this book. I struggled with the first half of the story and I was unsure where it was trying to take me. I wanted to like June but I found her to be a little self involved and weak. I also wanted to shake some sense into her. She seemed to be neglecting a man that was too good for her, in my opinion, for the memory of her past. I felt that her history with Keith needed more development in order for me to connect with the initial story and for me to understand what she was feeling. What I really wanted was a little of Keith's voice. As the story progressed it started making a little more sense and I began enjoying it more. The second half of the story was, hands down, a lot better than the first half. I was able to connect and feel the story and it became less shallow. The disconnect that was apparent initially evaporated and a highly emotional story evolved.

Although there were a few bumps and it took a bit of patience early on, I did end up enjoying the story and was glad to have read it.

Anthony Lamarr is a novelist, screenwriter, award-winning playwright, and author of Our First Love. He is a graduate of the University of Florida’s College of Journalism and lives in North Florida.