Review: The Number 7 by Jessica Lidh 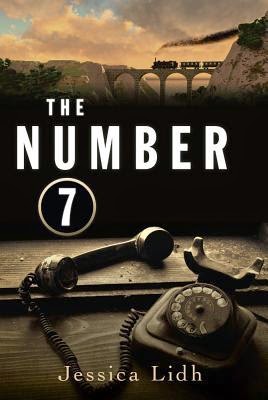 Sixteen-year-old Louisa's antique telephone is disconnected, but that doesn't keep it from ringing. And it doesn't keep Louisa from answering. Her caller is someone with a message from beyond the grave. The mysterious caller is somehow familiar, and has a message that unravels the mysterious past of Louisa's Swedish family, including the deeply hidden secret from World War II. She'd welcome the distraction of the cute boys competing for her attention, but instead, Louisa must figure out her role in her own story--before the telephone rings for the last time.

I received an advanced copy of this book from the publisher Merit Press via Edelweiss in exchange for an honest review.  The expected publication date is December 5th 2014.

This book provided me the best of both worlds in my favorite genres of historical fiction and YA.  I found myself really enjoying it.

The main concept of the story was Louisa trying to adjust to a new life in a new town while still dealing with the death of her mother after several years.  Then add to the mix the story of her grandfather and his ordeal during the war.

I will start with Louisa's story.  This was a typical YA story where she has two boys interested in her and she needs to choose between them.  This was cute.  I admit I found it kind of awkward how she would forget one when in the presence of the other.  She seemed head over heels for both without thinking of consequences until the latter part of the story.  Her secondary story was the relationship with her sister and her father.  This is where the main issues were and where you saw her true character.

The story of her grandfather was a tragic one.  I liked how the whole story came together in pieces through the telephone calls to Louisa.  As a huge fan of war stories I really enjoyed this part.  As a twin it was even better.  I looked forward to the passages on his story.

As a whole this was a really entertaining read for me.  I can see how it may suffer an identity crisis with the two storylines as I don't know how well the YA audience will respond to the historical part.  I personally really like the fact that you got both a light YA read and then the more serious historical piece.  I say read it and decide for yourself! 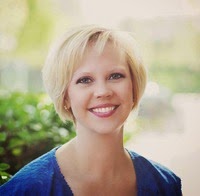 Jessica Lidh pulls inspiration from her Swedish heritage and experiences as a high school teacher in suburban Maryland. In encouraging young minds to suck the marrow out of life, Jessica often uncovers the fascinating and hilariously horrifying insights of the twenty first century teenager. When Jessica isn't fervently teaching or writing, she loves to watch old musicals, bake Swedish cinnamon buns, and go on imaginary bear hunts with her daughter, Elsa.