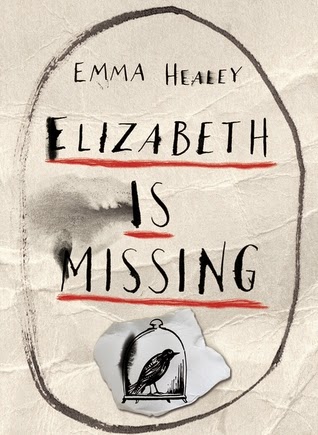 A mystery, an unsolved crime and one of the most unforgettable characters since Mark Haddon's Christopher. Meet Maud ...

'Elizabeth is missing' reads the note in Maud's pocket in her own handwriting, and the one on the wall.

Maud's been getting forgetful. She keeps buying peach slices when she has a cupboard full, forgets to drink the cups of tea she's made and writes notes to remind herself of things. But Maud is determined to discover what has happened to her friend, Elizabeth, and what it has to do with the unsolved disappearance of her sister Sukey, years back, just after the war.

A fast-paced mystery, an unforgettable voice: you will laugh and cry but you'll never forget Maud

I received an advanced copy of this book from the publisher Harper via Edelweiss in exchange for an honest review.  The expected publication date is June 10, 2014.

This book was not what I was expecting however not in a bad way.  I was expecting a mystery of sorts when instead it was more a story about dementia and it's impacts on life.  While there is a little bit of a mystery in the pages it was not the focal point.

I am a little bit at a loss of words to describe this book as I can honestly say that it is truly original to any other works that I have read.  It is truly tragic as the story is told from the perspective of Maud who is clearly in the midst of dementia and therefore the reader gets to experience her confusion and emotions.  I can not even imagine what it would be like to have your memory disappear like that.

I love that the title is what it is.  It is the key item that Maud is trying to solve although the reader knows that there really is no mystery, that Maud knows what happened to Elizabeth however she can't remember.  The way this was tied in to the disappearance of Maud's sister in 1946 is genius and made the story all the more touching.

I won't lie as I found myself getting frustrated with Maud throughout the story.  I think that is the point isn't it?  It helped illustrate the emotions that family members go through when dealing with loved ones with dementia.  My mother had to deal with this with her mother and I pray that this is something that does not afflict my parents.  For the fear of sounding too philosophical...our life is based on a collection of memories and one of the few things that we should be able to keep forever and part of what makes us who we are....to lose that is devastating.

It is clear that this is a well researched piece of work and well written.  While this is not a happy story it is a realistic one (to the best of my knowledge) and deeply moving.  I would recommend this story to those who appreciate a good realistic book.  This one is going to stick with me for a while.  Kudos to Emma Healey on her debut novel. 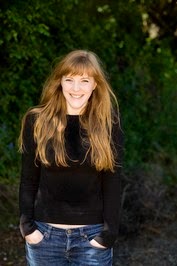 Emma Healey grew up in London where she completed her first degree in bookbinding and was the third generation of women in her family to go to art college. She then worked for two libraries, two bookshops, two art galleries and two universities, and was busily pursuing a career in the art world before writing overtook everything. In 2008, after the death of one grandmother and the decline of the other, she began to explore the idea of dementia in fiction, and she moved to Norwich in 2010 to study for the MA in Creative Writing at UEA. Elizabeth is Missing is her first novel.