Review: The Matchmaker by Elin Hilderbrand 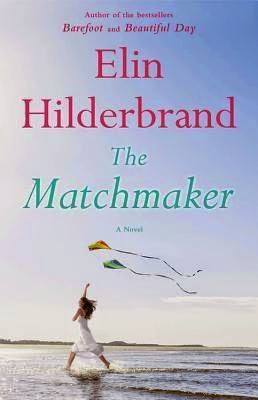 Forty-eight-year-old Nantucketer Dabney Kimball Beech has always had a gift for matchmaking. Some call her ability mystical, while others-like her husband, a celebrated economist, and her daughter, who is clearly engaged to the wrong man-call it meddlesome, but there's no arguing with her results: with forty-two happy couples to her credit and all of them still together, Dabney has never been wrong about romance. Never, that is, except for the case of herself and Clendenin Hughes, the green-eyed boy who took her heart with him long ago when he left the island to pursue his dream of becoming a journalist.

Now, after spending twenty-seven years on the other side of the world, Clen is back on Nantucket, and Dabney has never felt so confused-or so alive. But when tragedy threatens her own second chance, Dabney must face the choices she's made and share painful secrets with her family. Determined to make use of her gift before it's too late, she sets out to find perfect matches for those she loves most. The Matchmaker is a heartbreaking novel about losing and finding love, even as you're running out of time.

I received an advanced readers copy of this book through a Goodreads giveaway in exchange for an honest review. Thank You!

This book revolves around Dabney, a native Nantucketer, as she deals with the complications that occur when her high school sweetheart and "perfect" match re-appears on the island after a twenty-seven year separation. It wouldn't be that complicated if it were not for the fact that she had his child after he left and she is married to someone else. His return stirs up thoughts and feelings that she thought she had buried forever. At the same time her daughter's love life is a mess and she doesn't know how to help without alienating her only child. When tragedy strikes she is plagued with secrets, lies and confusion and doesn't know what she should do.

The Matchmaker is a quick and easy read filled with family turmoil and lots of love. Throughout the pages there are testimonials from some of the forty-two matches that she was responsible for and I thought this was a nice touch. The setting and the way Hilderbrand described it was beautiful and a pleasure to read about. I felt like I was on the island along with everyone else.

There were just a few things that stop me from giving it a higher rating. First of all, Dabney came across as much older than forty eight to me. I can't pin exactly why but I had to keep reminding myself of her age because she felt much older than that. Second, I wish that there was more of a back story on Dabney and Clen so that I could have felt their connection more. The book does go back to their past but not enough for me to feel the unending love to the degree that I would have liked. Finally, I hated Dabney's husband although I feel like he wasn't meant to be a villain. It was his friendship and admiration of his future son in law that made me have this opinion. He raised Agnes as his own but was too blind to see the changes that occurred in her because of her fiance. Biological father or not, this is something he should have noticed and went unresolved or unmentioned when things unfolded. He was oblivious and I really, really disliked him.

All in all, it was a good read and I was happy to get lost in it for a few hours. This was the second book by Elin Hilderbrand that I have read and I look forward to reading more. 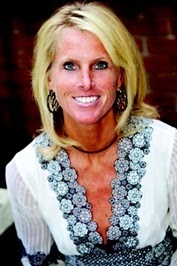 Elin Hilderbrand lives on Nantucket with her husband and their three young children. She grew up in Collegeville, Pennsylvania, and traveled extensively before settling on Nantucket, which has been the setting for her five previous novels. Hilderbrand is a graduate of Johns Hopkins University and the graduate fiction workshop at the University of Iowa.
Connect with Elin
Twitter/Facebook /Goodreads