Review: Em And The Big Hoom by Jerry Pinto 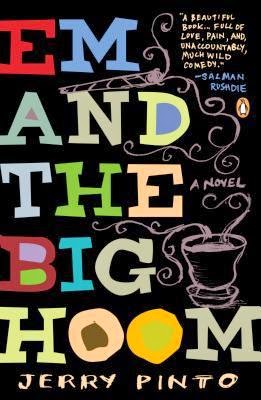 In a one-bedroom-hall-kitchen in Mahim, Bombay, through the last decades of the twentieth century, lived four love-battered Mendeses: mother, father, son and daughter. Between Em, the mother, driven frequently to hospital after her failed suicide attempts, and The Big Hoom, the father, trying to hold things together as best he could, they tried to be a family.

I won a copy of this book as part of a giveaway on Goodreads in exchange for an honest review.

I was excited to read this as I have a fascination with all things related to India after spending some extended time there for work.  The fact that this book mentions Goa and Bombay was particularly interesting to me as I have spent time in both places.

I have to admit that it was a little bit of a let down for me as the main focus was on Em's mental illness and less focused on where the story occurred.  That being said I will forgive that as the story never advertised to be about India.

This story is about how a family copes with the mental illness of one of it's members.  It was at times funny with the some of the unfiltered thoughts coming from Em however most of the time it was depressing.  It was told from the point of view of the son with his curiosity about Em & Big Hooms past and the weight of responsibility of being a caretaker to his mother.  The emotions felt real and honest.

My only real criticism is that the story was too short.  I felt it skimmed over the issues instead of digging further in to story and I felt like I was reading the Cliffs note version of a really serious issue.  While Pinto was able to portray the strong family bonds and the mark mental illness leaves on its members I was left wanting more. 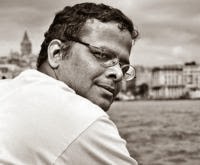 Jerry Pinto is a Mumbai-based Indian writer of poetry, prose and children's fiction in English, as well as a journalist. His noted works include, Helen: The Life and Times of an H-Bomb (2006) which won the Best Book on Cinema Award at the 54th National Film Awards, Surviving Women (2000) and Asylum and Other Poems (2003). His first novel Em and The Big Hoom was published in 2012.