Review: The Art of My Life by Ann Lee Miller 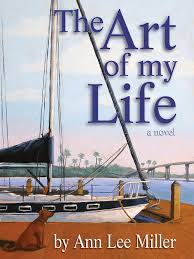 Cal walked out of jail and into a second chance at winning Aly with his grandma’s beater sailboat and a reclaimed dream of sailing charters.

Aly has the business smarts, strings to a startup loan, and heart he never should have broken. He’s got squat. Unless you count enough original art to stock a monster rummage sale and an affection for weed.

But he’d only ever loved Aly. That had to count for something. Aly needed a guy who owned yard tools, tires worth rotating, and a voter’s registration card. He’d be that guy or die trying.

For anyone who’s ever struggled to measure up. And failed.

I received a copy of this book from the author in exchange for an honest review.

After reading Tattered Innocence by Ann Lee Miller and enjoying it I thought that I would like to read some of her other works.  For those who have read Tattered Innocence you will find this story has many themes similar from the opening with the different sailing terms to the story based around  a sailboat.

The main theme of this read is about forgiveness.  Each of the characters had some kind of indiscretion that they were trying to overcome and felt that they were not worthy of love as a result.  The only way to move forward is to forgive themselves and those around them.

I liked the fact that there were essentially two storylines running in parallel.  The one involving Cal and Aly and the secondary story involving his sister and best friend.  It gives the reader more than one character to hold on to and invest in.  I found Cal particularly interesting in the fact that he expressed his true feelings through his art and his real feelings for Aly were exposed through it.

One thing I was frustrated with in the story was the fact that love did not seem to be enough.  If two people love each other than why do they create all these walls to keep them apart.  I guess if they admitted it from the get go it would have been a very short story.  The reader also would not have been taken on the journey of forgiveness with each of the character.  I just found it took a little long to get to the resolution of the story

This is the second story I have read by Ann Lee Miller and just like the first one I truly enjoyed her work.  Her writing style was easy to read and the character richly developed.  I will be following her work for some time to come. 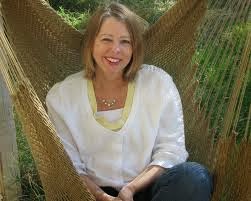 Ann Lee Miller earned a BA in creative writing from Ashland (OH) University and writes full-time in Phoenix, but left her heart in New Smyrna Beach, Florida, where she grew up. She loves speaking to young adults and guest lectures on writing at several Arizona colleges. When she isn’t writing or muddling through some crisis—real or imagined—you’ll find her hiking in the Superstition Mountains with her husband or meddling in her kids’ lives.