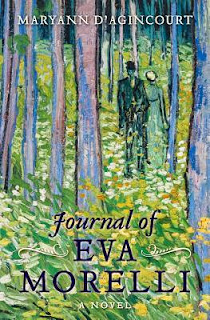 Psychiatrist Stephen Forester and his wife Brea left the frenzy of New York City ten years before in search of a quiet life in a tranquil seaside community in New Hampshire.But when the elusive Eva Hathaway steps into Stephen's office and begins to reveal the story of her own tragic past, his convictions start to crumble. Over the sweltering summer that follows, Stephen becomes more and more haunted by obscure memories of his childhood as he wonders what secret could be so terrible that Eva can only reveal it in her journal.


Paperback, 200 pages
Published May 20th 2013 by Portmay Press
Kristine's thoughts:
* I received a copy of this book through a goodreads giveaway in exchange for an honest review*
I absolutely adored this book. It met all the criteria that I look for in a great story. Each chapter was told from the point of view of either Stephen, Brea or Eva. I love books with multiple points of view because you get a greater feel and understanding of the characters. The chapters were all short, consisting of roughly three to four pages which had me saying "just one more chapter" many times and quickly getting through it. The story held my interest and kept me guessing the entire time.
I was really drawn to Eva's story. I wanted to know what happened to her, what her secrets were, and how it connected to Stephen. The parts in the book where she went back to her youth, either in sessions or via her journal, were my favourite chapters. I was hanging off every word and dying to know how it would all come together.
I usually pride myself in being able to guess or figure out a story but I can honestly say that I had no clue in this book. I knew that there was a connection of some sort between Eva and Stephen (which was no secret in the book) but I could not figure out what it was.
D'Agincourt did a fabulous job with this book. It was brilliantly written, engaging and suspenseful. I would highly recommend this book to anyone looking for a quick, unique and enjoyable read! 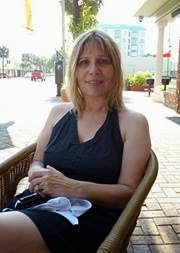 Maryann D'Agincourt was born in Boston, MA. An alumna of Simmons College, she has earned two graduate degrees in English literature, and studied in the Humber School for Writers, Toronto. She has written design columns for a regional newspaper in the Connecticut Valley, and has had short stories published in literary magazines.

Along with Journal of Eva Morelli, her short story "Wades' Technique" in another year was a finalist in the William Faulkner-William Wisdom Competition.

She and her husband, a child psychiatrist, have two sons and live outside of Boston. She is currently working on another novel.
Website-  http://portmaypress.com/Home_Page.html