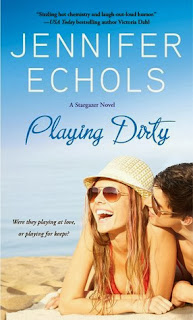 A public relations expert tries to prevent the breakup of a raucous country band and corral their wild—and very sexy—lead singer in book 2 of the Stargazer Series.

As an expert in public relations crisis management—that is, babysitter to the stars—Sarah Seville just spent nine months in Rio trying to keep rock singer Nine Lives out of jail long enough to record his new album…and barely succeeded. Now she needs a triumphant success so she can keep the Manhattan-based job she loves. Trouble is, her new assignment is to travel to Alabama to prevent the breakup of the raucous country band The Cheatin’ Hearts, headed by sexy Quentin Cox. As she edges closer to Quentin, she discovers layers of secrets. It seems Quentin is taking the spin doctor for a spin.

The Cheatin’ Hearts have stayed on top of the charts two years following three rules. Rule One, no drugs. Rule Two, no sex with other band members. Rule Three, no sex with record company spies. Quentin figures he’d better follow the rules, because he made them. And because if you break a rule, you’re out of the band. But he can’t resist the record company’s beautiful PR agent, and inevitably he breaks Rule Three with hot Sarah Seville. As he falls for her, he finds out that she has plenty of secrets of her own, and one of them comes knocking on her door: what really happened to her in Rio.

I had mixed feelings about this book. It was over the top, confusing and kind of a train wreck but at the same time I couldn't stop reading. I guess you can say that I had a bit of a love/hate relationship with it. Highly entertaining!

The story line itself was an interesting concept and I saw great potential at the beginning. My issues with the book were mostly around Sarah. I wanted desperately to like her but she did things right from the very beginning that made me shake my head. The things she did at her first meeting with Quentin in order to salvage her job made her seem a little like a hooker. Morals, integrity and values went right out the window. Quentin wasn't much better with his antics towards Sarah. As the story progressed they did redeem themselves in my eyes a little when the pretending started to become a little less pretend. The real Sarah and Quentin finally began to emerge for us the readers. Throughout the entire story Sarah was tricking Quentin and vise versa and the band and vice versa but at the same time nobody was really tricking anybody...kind of. This was why it was a little bit of a train wreck.

I don't want my opinions to deter anyone from reading this book because of my thoughts, although I had some issues with it, I still enjoyed reading it. It was over the top but still an entertaining read. I will be checking out some Jennifer Echols other titles. 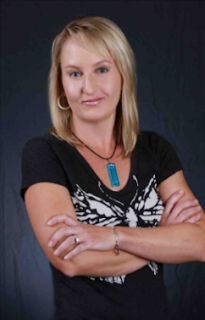 Jennifer Echols was born in Atlanta and grew up in a small town on a beautiful lake in Alabama—a setting that has inspired many of her books. She has written nine romantic novels for young adults, including the comedy MAJOR CRUSH, which won the National Readers’ Choice Award, and the drama GOING TOO FAR, which was a finalist in the RITA, the National Readers’ Choice Award, and the Book Buyer’s Best, and was nominated by the American Library Association as a Best Book for Young Adults. Simon & Schuster will debut her adult romance novels in 2013, with many more teen novels scheduled for the next few years. She lives in Birmingham with her husband and her son.